Why do you need wireless Internet cards?

You need them so your computer can connect to the Internet via a wireless Internet Access Point, without an interconnecting cable. Let’s face it, nobody wants to be tethered by a 3m Internet cable.

So what’s the alternative?

One type of wireless Internet access point may be a short range Wireless Local Area Network (WLAN). This will typically work over distances up to a few meters/feet away from the wireless access point antenna.

You have freedom to move around, but within a smallish area.

But what if you aren’t close enough to connect to the Internet via a WLAN, or don’t have access to a WLAN?

A good, though more expensive option, is to access your Provider’s Internet service using the wider range cellular system. Your mobile phone also uses this network.

With this arrangement you’d subscribe to an ISP’s data plan and, depending on the service, enjoy the benefits of ‘anytime, anywhere’ high speed Internet, provided you have cellular coverage. In general, if your mobile phone works then it’s likely your Internet connection will too, if you use the same provider or carrier for both.

What are wireless Internet cards?

An electronic device that, when installed in your computer, enables it to send information to the Internet and receive information from it, via a wireless access point.

A wireless system may let several devices connect to the Internet, using radio frequency energy to carry the information instead of a cable.

This gives you terrific freedom, lots of choices and is great for a home wireless Internet connection.

To make this two-way transfer of information possible...

The card physically plugs into a computer, making a direct physical and electrical connection between them.

All types of wireless Internet cards perform the same broad functions, but come in different styles to suit... 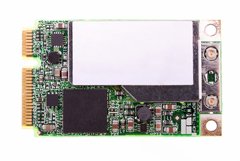 Cards for notebooks are usually physically smaller than cards for desktops because smaller computers, such as notebooks, have less space available.

PCI Express cards have superseded the older PC Card and CardBus cards. These were designed to PCMCIA standards and connected to the computer’s parallel bus, whereas the Express cards connect via a serial bus. If you have an incompatible card/slot, you may be able to buy an adaptor.

To your computer, these cards will look the same. The larger one is just used where the designer needs the extra room for additional electronic components in some applications. The larger card may also allow more opportunity to get rid of excess heat generated by a busy high-speed application.

Things to look for in wireless Internet cards

If you only want to access the Internet in your house or office, then Wi-Fi is the way to go because it’s much cheaper than cellular.

If you’re not too worried about price, use wireless Internet cards that use the Wireless N (IEEE 802.11n) data link protocol, rather than Wireless G (now-superseded).

You can also access free wireless Internet locations at the public wireless hotspots offered by cafes, hotels, airports and other public places.

But if you’re worried about price, and want to set up a home network using cheaper, or free hardware, then the Wireless G standard for both wireless Internet access cards and a wireless router may be quite adequate.Find out about cheap wireless routers

If you move from place to place, you’re not too worried about ongoing data costs, and want to access the Internet anywhere (ideally), then cellular is the way to go.

High speed 4th generation (4g) is becoming increasingly available and may even let you access the Internet while you’re moving from place to place. WiMAX and LTE support 4g broadband for wireless mobile Internet service. Some cards require a plug-in SIM card.

Once you’ve decided between local area (Wi-Fi) or wide area (cellular) you’ll need to see what cards are available and decide...

Will this style of wireless Internet cards fit my computer?

If you’re one of a few that can still find the user manual that came with your computer, check to see what card slots are available.

If you can’t find it, and if you’re not already familiar with computer card slots, you can either...

Look for the information on the Internet, or... measure the width of each slot to identify the type of card that you can plug into it.

Before you commit a slot to one of the wireless Internet cards you should make sure that you aren’t going to want to plug anything else into it.

USB (Universal Serial Bus) is possibly the most common and widely known. It’s easy to recognize. The slot has a symbol like this. 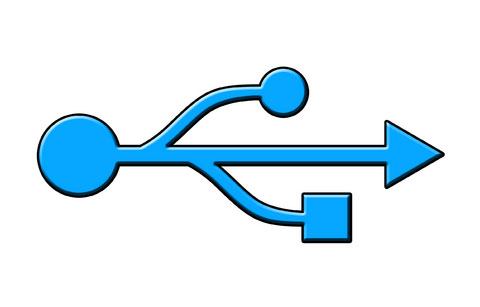 One of the nice things about a USB card is that you can have it on a cord and get its antenna away from the computer, or other obstructions, and into a clearer area for transmitting and receiving radio signals. Therefore, a better quality wireless link.

One feature to look for, if you’re in a building with lots of obstacles and people moving around, is MIMO.

It grabs the signals reflected by still and moving objects, to intelligently enhance the quality of the overall signal. It effectively claws back radio signals that would otherwise be unusable, and uses them to reinforce, enhance and improve the quality of what might otherwise be low quality communications.

Diversity reception is an old idea with a modern application. But it uses more hardware so costs a bit more.

Many cards are just ‘plug and play’. Your computer will identify if when you plug it in and will automatically load whatever software drivers the card requires for it to work.