Cheap Wireless Routers
and how to find them

But superior features are only benefits if you actually need them and use them.

Maybe you’re not going to be far from the wireless router, perhaps just in the next room. 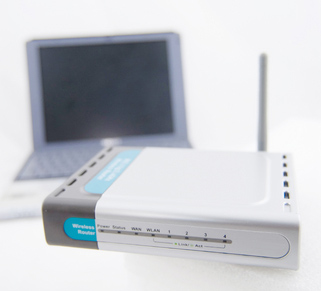 Then, even if you had a Wireless N router you may not benefit from the extra features...

and a Wireless G router may be all you need.

Wireless N is the current standard, and likely to be for many years.

The N standard (IEEE802.11n) was ratified in 2009. Until wireless ‘next’ (IEEE802.11ac) comes along, there will be lots of people who will upgrade to Wireless N and throw their old G router into a cupboard... potentially your cheap wireless router.

While Wireless AC won't be ratified any time soon, there will inevitably be people who want AC's enhanced speed and range, quit their Wireless N routers and buy a ' draft Wireless AC' router... some manufacturers produce routers to a draft standard to get product on the market, ahead of their competition, though this is risky as the standard can still change when in draft form.

So find out which of your friends or colleagues are ‘moving up to N (or later, AC)’ and about to buy, or have already bought, a Wireless N router.

And then... make them an offer.

They may be very happy to get $5 for it, or even let you have their old wireless G router for nothing. Now those really are cheap wireless routers.

Let’s take a quick look at the differences between the two.

If your choice of cheap wireless routers is a Wireless G, and not an N, what do you miss out on?

G isn’t as fast (N is typically 4x faster) and may limit operating speed. But unless you want to download large files fast, you may not even notice.

G isn’t as immune from interfering devices, such as the cordless phones that share the same frequency band. But this may not be a problem anyway and you can sometimes switch your phone to a different channel if there is interference.

They don’t work over such a wide area, but will just limit where you can operate and stay connected.

The wireless security isn’t as good, but if you know and trust those around you (within wireless radio range) you shouldn’t have any problems. On the Internet side, the router will put a good firewall between you and the Internet. If these aren’t important to you, go ahead and get your cheap (or free) wireless G router.

If you do get a used/secondhand G, make sure you get the installation software that goes with it. This will usually be on a CD. While usually not a problem, make sure that the computer you’ll connect the router to is compatible with the router and CD. Don’t forget the power pack and cables!

Sometimes you may want to connect two or three laptops to the wireless local area network created by the router. As you add laptops to the network the operation may become slower, as at times they may be competing for the available bandwidth.

Apart from the obvious need to shop around for the best bargains, there are different models of Wireless N routers and the ones at the top of the range may have features that are very different to the ones at the bottom.

Top of the range have all the bells and whistles, but cost more.

So if you want some of the benefits of Wireless N, but don’t need them all (and don’t want to pay top dollar for features you’ll never use), then look at the middle or bottom of the range for one of the cheaper models. It may be all you need.

Perhaps you want to be able to stream live, high-definition video or transfer large files and therefore need the high speed of the top end N.

And perhaps you need to operate in a busy, cluttered environment and need one of those top end N wireless routers with three antennas that use a feature called diversity to enhance poor quality radio signals.

If you’ve decided that you definitely need an N router, it’s time to think about wireless Internet cards for laptop computers. 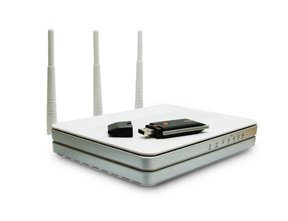 So how do you get new cheap wireless routers?

There are several different manufacturers and many suppliers, so there’s a lot of competition to drive prices down in the wireless router marketplace. And there are always new but cheap wireless routers being offered for sale.

You can sometimes get a good bargain when a manufacturer introduces a new model, because the discontinued model it supersedes, becomes immediately less attractive, and would then have to sell at a discount. Some Internet Service Providers may even give you a new router for free when you sign up for their Internet access plan.

So look around and compare the prices offered by different suppliers. They won’t be as cheap as free used routers of course, but if you look around on line you should be able to find a good deal. You could even try for a quantity discount if you could get a few router buyers together.

Go from Cheap-Wireless-Routers to How Does Wireless Internet Work