Wireless Internet Anywhere
Maybe Available On a Network Near You

Wireless Internet anywhere is becoming increasingly possible in many countries. Reading and sending emails and files ‘on the go’ can increase your productivity and provide the fast responses so often needed (and expected) these days, in business and in your personal life, when you can’t ‘be there’.

To get Internet anywhere is a worthy target. We’re getting there, but we’re not there yet. The good news is we’re closer to ‘almost anywhere’ than we are to ‘almost nowhere’.

Wireless technology is rapidly enabling the concept of an 'Internet of everything', where every device that you wanted to connect to the Internet had its own permanent address and could stay permanently connected.

How do we get wireless Internet anywhere? 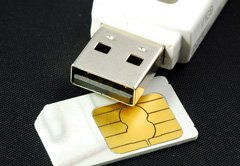 You could think of ‘anywhere’ as anywhere there’s coverage.


But we don’t yet have a wireless technology world of uninterrupted coverage that could give us seamless wireless Internet anywhere.

There are three main ways you can get wireless access to the Internet...

Let's look at each of these in more detail...

WLANs are often used to establish wireless Internet access points. But as the name suggests, they usually provide local short-range connections and are typically intended for use within (though not constrained by) a building.

So while there are lots of WiFi networks around, many in public places and easy to access, you really can’t move very far and expect to get continuous coverage. With Wi-Fi it’s more a case of wireless Internet 'in some places’ rather than ‘anywhere’.

If you do use public WiFi, be aware that you may be working on an unsecured network that could expose your computer and information to online risks. However there are ways to minimize these risks.

Find out how a VPN can protect you when you're online


If you want Internet access, but don’t need to move around much, public WiFi hotspots may be ‘anywhere enough’ for you. However, if you are more mobile, and want to access the Internet even when you aren’t within Wi-Fi coverage, it may not be enough. Maybe you want continuous Internet when you are moving, in a train or a car...

For true wireless Internet anywhere you need a Wide Area Network designed for ‘mobile service’... and (as always) be within wireless coverage.

A WWAN (or a Wireless Metropolitan Area Network, or WMAN) will often provide city-wide coverage… like a cellphone network. Many ISP’s provide access to the Internet via a cellular network that's primarily used for mobile phone service.

You can usually expect to get an Internet connection anywhere your cell phone works, if you use the same network. But don’t assume that any wireless device will operate on any network… not yet anyway.

Most major service providers have online coverage maps that can give you a broad indication of the areas where you can likely access the their network and the Internet.

If you need wireless Internet anywhere, but may sometimes be outside the coverage area, you may need a...

Subscribing to a satellite network is usually more expensive than a terrestrial network, so you might only use this if you have no other way of connecting to the Internet.

Geostationary. These orbit at the same angular speed that the earth rotates and therefore always remain above the same place on the Earth’s surface. There is now a trend towards using Broadband Global Area Network (BGAN) satellites. More options for cheaper plans are starting to emerge, especially for short messages.

Low Earth Orbiting (LEO). These orbit the earth at a angular speed and ‘pass over’ a point on the Earth. A constellation of satellites orbiting the Earth tare needed to ensure that there is at least one or two visible to your communications device at any time.

What’s ‘around the corner’

We’re not only heading toward wireless Internet anywhere, but also toward the so-called ‘Internet of Things’ (IoT) where interconnecting networks might extend over a significant percentage of the globe, so that no matter where you are, many different devices ('things'), not just computers or Smartphones, would be able to connect to a network.

Getting information to and from ‘the Internet’ depends on routing addressed packets, containing digital data, between networks (internetworking) until the packet gets to its destination.

Need an answer to the question how does wireless Internet work?

The data delivery process is about to get a lot more efficient, more reliable… and faster. This will help to make the target of wireless Internet anywhere easier to achieve.

And the key to it is the latest version (6) of Internet Protocol, IPV6.

Internet Protocol (IP) is a set of rules that allows different data routing devices to understand each other...

to communicate in the same language, make compatible connections and route packets of data from one network to another through the Internet as information travels from source to destination.

Its predecessor, IPV4, doesn’t have enough addresses available to allow every device in the world to have its own unique address.

So as IPV4 data goes from one network to another it may have to adopt another (recycled) address temporarily. This means networks need to translate IP addresses. Translation takes extra time so slows the transfer down, increases the risk of losing data packets and compromises the quality of the connection.

IPV6 end-to-end data transfers will be faster and more reliable as a device retains its same unique address across all the networks it connects to. If the connection drops out, it should be easier to reconnect as it retains its unique address, whereas an IPV4 device might lose its temporary address.

IPV6 will make a huge number of addresses available. The world has effectively run out of new IPV4 addresses. The architects of the original Internet Protocol grossly underestimated the popularity and growth of the Internet, and at the time, thought there would be more than enough to last forever...

IPV6 can not only provide a unique address for every connectable device already in the world, but also provide more than enough for every device ever likely to be needed in future.

This will help enable the ‘Internet of things’ allowing more and more wireless devices to connect and help enable wireless Internet anywhere. The Internet is useful for more than just browsing information on a computer...

You can also use it for remote monitoring and control. For example, in home security applications, where you could turn on a security light or check to see if you had left the oven on… from the other side of the world.


But traffic doesn’t just stay the same. It’s increasing at a huge rate as more and more people want to access the Internet; many expect wireless Internet anywhere, and...

sooner or later you hit a brick wall; a limit, where the network can’t cope with the increasing amount of traffic anymore. So, as traffic increases, where are the limits?

Capacity is the maximum amount of data than can be transferred in a given time. The more users there are, using a sub-network node, the less capacity is available for each person. So the data rate may be limited.

The larger the area that a cellular transmitter has to cover is, the more the number of ‘dead’ areas. It’s just 'the way of the RF propagation world', where the reality can be a terrain of ‘RF light and shadows’.

‘Next generation’ addresses the capacity limitation by suggesting a solution; heterogeneous networks, known as ‘Het Nets’. Here a local small (pico or femto) cell is set up within the larger (macro) cell. This small cell could be implemented with an item of ‘plug and play’ hardware that would manage a high traffic zone (hot zone) and provide a local node for local traffic… like a ‘micro cellular tower’.

But not all traffic will be cell phones. With wireless Internet anywhere there will also be laptops and Smartphones connecting to the Internet via the cellular network.

The most promising connections will probably use networks based on the LTE (Long Term Evolution) or WiMAX high-speed mobile specifications.

But these are (debatably) not true 4G or 4th generation technologies.

It may be more realistic to think of WiMAX and LTE as ‘3.5G’ (more than 3G but less than 4G) since the official word from the ITU says that only WiMAX2 and the next step in the evolution of LTE, LTE-Advanced, will be true 4G standards, when they are implemented.

WiMAX is here now and based on the robust IEEE802.16 open standard for Wireless Metropolitan Area Networks (WMANs). In the USA, Clearwire and Sprint provide this service. This is available now.

LTE wireless communications is based on a specification developed by a number of product manufacturers and mobile carriers, such as Verizon in the USA. There’s a general opinion that eventually most carriers will opt for LTE, with several large players already committing to it.

This isn’t really a game of ‘which is better’ or ‘market winners and losers’.

WiMAX and LTE will both find their niches in the market place, and what that market share ultimately becomes probably won’t affect you much.

What matters is what gives YOU what you want, when you want it.

Which provider will give you the best coverage in the areas you want wireless Internet access in? They won’t necessarily cover all the same areas. Will it be available when you want it? Are the ongoing charges reasonable? Is it sufficiently fast for you?

Who cares what the peak speeds are at optimum locations within a cell? Here’s where theory meets reality. A lot of the time you won’t have a connection that runs at maximum possible speed. It’s ‘useful information throughput’, rather than data rate that counts. If you want quality access at the edges of a cell, will it be sufficient?

Either way, this wireless Internet anywhere is headed for data speeds that should equal or exceed wired connections, so in general you can expect them to get better… but then our expectations sometimes exceed the speed of technology.